MOWW chapters have at least one member who is the National Security Outreach Committee. National Security Committee: The National Security Committee is an outreach committee. This committee monitors international threats and United States defense and foreign policy strategies, policies, and procedures about those threats. It focuses on military, political, economic and intelligence decisions as to their impact on the US Armed Forces capabilities to execute strategic and tactical missions that protect the United States from direct or indirect attack. When appropriate, it provides the EXCOM, the national officers and other Companions of the Order the impact of those policies as they regulate military budgeting, personnel ceilings, force development, research and development, the measures that predict the future ability of diplomatic, military and intelligence organizations to react for the good of the nation. It recommends national security positions to the EXCOM, resolutions to the Order in convention, and assists chapters in developing and maintaining a viable National Security Education Program. See also Appendix O of this manual, and MOWW Form 32, “National Security Committee Guide.”

Large MOWW Chapters similar to PSC who have excelled in National Security:

Appendix O is the scoring guide for submission of the annual report which is evaluated competitively. Click the button above.

Coming soon - a PSC National Security Report (appendix o submitted under cover letter) for 2022 by 15 May 2022.

Welcome to our web site.
Feel free to explore and see what we are about. 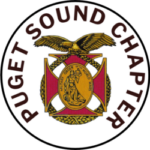